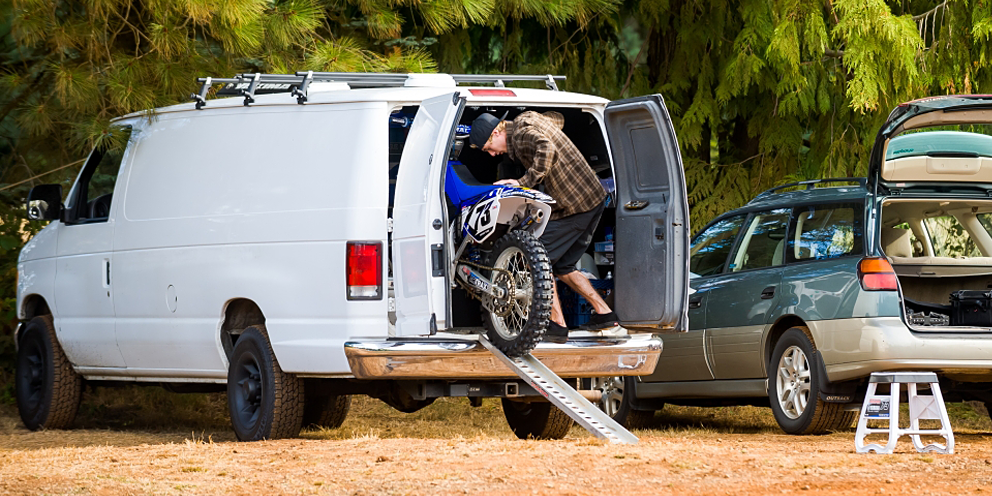 Ex-Dakar rider Simon Pavey was refused entry to France by customs officials in late March 2022, after being told that he needed an Admission Temporaire or Temporary Admission Carnet, also known as ATA carnet.

Simon and son Llewelyn were on their way to the Olympia Rally in Greece, travelling with two bikes in the back of their camper van. French customs officials based at the English end of the Channel Tunnel refused to allow them out of the UK, telling them that they had to obtain a carnet to take the bikes into the EU, and imposing a 500 euro fine. One bike belonged to Simon, the other to KTM UK, but the officials did not ask who owned them.

Llewelyn Pavey, who was filming the trip for his Youtube channel, takes up the story: “Our understanding is that carnets are not needed for personal vehicles,” he told the BMF, “but it turns out that the French customs have a huge amount of discretion as to whether they insist on a carnet or not. We were able to obtain a carnet through an agency, and the London Chamber of Commerce was very helpful, but it cost around £240 per bike. Not only that, but we were 24 hours late and had to drive though the night to get to the rally on time. It was a nightmare. We later hit more problems travelling back via Switzerland, a non-EU country.”

The Paveys have found entry into Spain and Portugal while carrying bikes is less problematic, and when entering France their advice is to head for a quieter port such as Dieppe, rather than use the Tunnel. Each ATA carnet is valid for a year, but additional paperwork is needed for each crossing in or out of the EU.

“The BMF and NMC have been working on this issue for a year now, firstly getting the government to acknowledge there might be a problem, then getting together with bike transporter companies and Brittany Ferries, to provide a professional input. We’ve taken it as high as the Cabinet Office. Ultimately, unfortunately, it comes down to reaching an understanding with every country inside the EU, individually. We have been exploring different avenues, the ATA carnet is one only. The BMF’s Anna Zee will update as we get news on developments. Motorcycle freighting into the EU – British Motorcyclists Federation‘” said BMF Chair Jim Freeman.