US President Joe Biden is ‘actively engaged’ and ‘extremely sympathetic’ to the case of motorcyclist Harry Dunn, according to Boris Johnson. 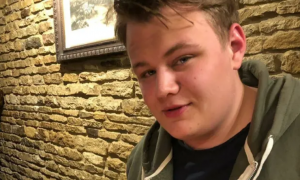 Nineteen-year-old Harry Dunn died when a car driven by US citizen Anne Sacoolas was in collision with his bike in August 2019. She flew back to the USA a few days later, and the Washington administration asserted that she had diplomatic immunity, having been working for a US intelligence agency. Since then, Harry Dunn’s family have been campaigning for Anne Sacoolas to be brought back to the UK to face trial. The Crown Prosecution Service agreed, and issued an extradition notice, though in November 2020 the High Court upheld her claim to diplomatic immunity.

That Boris Johnson raised the case with Presiden Biden at their meeting at the G7 Summit in June reflects the fact that the case is ongoing. “He was extremely sympathetic,” the Prime Minister told the BBC, “but this is not something that either government can control very easily because there are legal processes which are still going on.”

Radd Seiger, a spokesman for the Dunn family, told the PA Media agency: “Harry’s parents are very pleased to see that the PM has taken the opportunity to raise the case with President Biden at the first available opportunity.” The Foreign Office has approached Anne Sacoolas’ legal team, with the idea of holding a virtual trial to avoid the extradition issue. “I would like to some accountability,” Foreign Secretary Dominic Raab told the BBC, “I think the family deserve no less.”