I’ve been asked to write a few words, as a closing comment on 2021, and looking forward to 2022. Something ‘between a Christmas card and the queen’s speech’, apparently, but knowing who said that [thanks Helen!] I’ll take that as I find it.

Last year? When we discovered, still are, that Covid wasn’t going to be a ‘one hit wonder’, that we were going to have to live with it. We learnt that making plans was a chancy business, individually and as the BMF. That being careful about mundane things was going to be second nature.

That’s enough gloom and doom. We also made progress, in some unlikely ways. For many people the push to get everyone to ‘walk, cycle, public transport’ [WCPT], instead of being the future, looked instantly obsolescent. Private transport, preferably unshared, suddenly felt much safer. What’s the most efficient form of private transport, with unshared space? The motorcycle. I totally respect the electric bicycle, unrivalled as a way of harnessing a not very efficient source of energy, stored electricity, to an incredibly efficient device, designed to maximise the output of another inefficient source of energy, humans. However, if you take one of the densest energy sources, liquid hydrocarbons, then attach the result, the internal combustion engine, to the bicycle, you get a truly magical device, the one we all know and love.

Which is why, putting aside my clumsy way of expressing it, the BMF will continue to do two things, in 2022:

What we will not be supporting is the blatant effort to drive the average citizen off private transport and into a new Victorian age of WCPT for the masses and private transport reserved for the wealthy and privileged. In case you think that’s hyperbole, I have seen, this week, comment from a junior Minister, Trudy Harrison, that ‘private vehicle ownership and use, was so 20th century’ and that the future was Transport as a service. I feel proud that the BMF Council were discussing this, as part of a wide-ranging conversation about bikes and technology, back in 2018. Our views have not been formed overnight. Neither do we pretend that nothing will change, climate change is not going away. Maximising efficient, clean, energy use is not just an ideal, it’s a pressing necessity.

We ride bikes because we love them. Are we really bothered about what type of fuel they use? If you’ve never ridden an electric bike, you should, if you get the chance. Do I think that an MV Augusta is fit only for a museum? No, I don’t.  It’s a magical piece of machinery that deserves to be used, as intended. Motorcycles are not central heating boilers.  They’re much more than that.

I think I may have to have a lie down, after that 😊 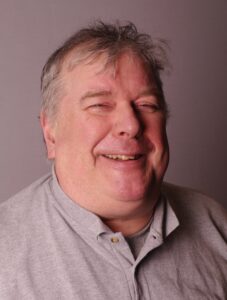 Ride safe, ride often, have a good one!