Horwin, the Chinese company whose electric motorcycles are already on sale in Britain, has signed up a supply deal for a new type of ultra-fast charging battery – niobium – which it says could reduce charge times from three hours to just 10 minutes (given a fast enough charger). Niobium-powered bikes could be on sale in 2024, it adds.

Niobium is a naturally occurring metal, widely used in various superconductors such as the magnets in MRI scanners. With a similar hardness to titanium and ductility to iron, it is often used in specialist alloys and is also a component in some jewellery. However, its use in high-tech batteries is a new development. Consumer giant Toshiba has been working with CBMM, a Brazilian supplier of niobium, to use niobium titanium oxide (NTO) as an anode material in place of the standard lithium titanium oxide. Toshiba will be using NTO anodes in its next generation of fast-charging batteries, and says that they will increase energy density by 1.5 times. More energy density means a longer range from a smaller, lighter battery, something particularly relevant to motorcycle use. 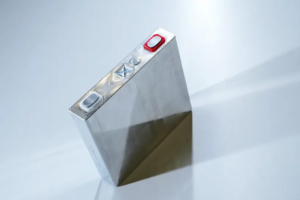 “We plan to produce 4000 battery cells to validate the technology with the end user and then we would enter the industrial planning stage,” said Rogerio Marques Ribas, executive manager of CBMM’s battery programme.

Meanwhile, the Brazilian arm of Horwin is investing $21 million into the project with CBMM and hopes to sell 100,000 bikes with niobium batteries in the country by as early as 2024. “We are working so that soon anyone will be able to use an electric motorcycle with ultra-fast charge,” added Horwin Brasil’s CEO, Pricilla Favero.

“If these claims are true, that’s a fantastic idea, as I’ve said elsewhere, it’s developments like this that will take the electric motorcycle out of the commuter ghetto, when ‘refuelling’ becomes as practicable as it is now, one of the great barriers to mass adoption will have gone.” said BMF Chair Jim Freeman.

In article image courtesy of MCN